WATER TREATMENT IN SO FLORIDA 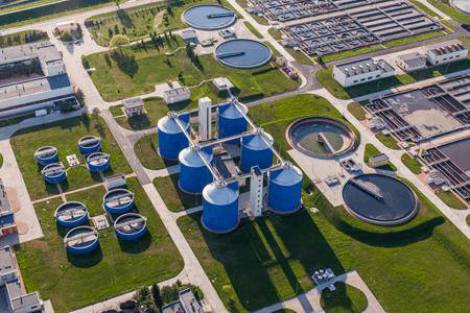 The water quality in our area compared to other parts of the state and country actually is relatively decent. It is comparatively low in dissolved solids (minerals, metals,..) generally around 150-200 ppm Total Dissolved Solids after municipal treatment.  The water is also partially softened.

Because it is a well water source and we are in a subtropical region we do have various organics in the water due to the increased vegetation in the area. The water also has sulfur and high color from the well. The municipalities treat the sulfur with either aeration or chlorination to oxidize the gas to a solid which is mostly filtered out in the process. The color, tannins, caused by the decayed vegetation, used to be "bleached out" when free chlorine was able to be used. However, due to some organics able to form THM'S, cancer causing compounds, with free chlorine, a change in process needed to be made in the last 20 or so years. It was found that chloramines, a mixture of chlorine and ammonia, did not form these compounds so now it is the disinfectant of choice. This also meant that the overall quality of the water did suffer in other ways. Some utility companies informed thier customers that they were improving the water, some were more forthright and told the complete truth. Being that it is a weaker disinfectant, higher levels were required. Also as a weaker oxidant it is not able to bleach out the color as well. Chloramines are more stable at higher ph's so more scale can form in pipes and water heaters. Chloramines kill fish in aquariums. Kidney dialysis patients need to avoid chloramine intake. The water now has a more "musty" taste and odor. This all makes the water a bit harder to treat for drinking. Free chlorine is more easily filterable. This means that good, proper filtration is now needed to remove the chloramines as well as the increased color, odor, and taste. Though the water may be "legal" it's smallest use may actually be drinking water. Washing, flushing, bathing,...is by far the greatest use - multi-millions of gallons per day. Taking it to a high quality drinking water level is best accomplished by point-of-use systems.

Activated carbon is the best media for this. However it is not "magic fairy dust". The filter needs to be properly designed to give the best removals.  The amount of carbon, type of carbon, flow rate, usage,...is all critical, especially when treating this type water properly which would differ from other areas that may have different concerns. Other filter medias such as KDF are not as effective here as it does not remove chloramines which is about all we have. It will remove free chlorine so it's use in shower filters, where chlorine gas removal is desired and higher temperatures are present, is effective. Activated carbon and higher temperatures are not compatible. Also, due to the high content of color, which needs removing, a softer carbon is more effective as compared to harder, coconut shell based carbon which does provide good trace chemical removal but not good color removal. Also it is a slow reacting carbon so a larger amount of carbon is required or a slower flow rate to really be effective. So the most effective filters for our area will have a high amount of a softer, lignite, etc  based carbon, faster reactivity, with a controlled flow rate, replaced frequently as determined by the filter size for about one year of normal usage used specifically for drinking water. The one year time period is of importance because filters can begin to buildup biologically over time with harmless bacteria that can be a nuisance if the filter is not replaced. Thus it would be counter-productive to build a filter that will last multiple years when it needs to be replaced annually. Bacteriostatic filters that tout multiple year usage are registered pesticides that would actually have to exceed maximum contamination limits in heavy metal release to really be effective. This was proven by an old EPA comparison test that concluded little difference in overall biological buildup between "bacteriostatic" and untreated, yet higher quality, activated carbon filters. To provide superior sediment removal, carbon that has been compressed into a block capable of micron/sub micron removal would work better than adding extra paper, ceramic or cloth filters. As an added feature, some carbon blocks also have resins mixed in that can remove heavy metals such as lead, etc as an added protection. It is rare to find this problem in our area but it has happened and the extra protection is of minimal cost.  When the EPA, approximately 20 years ago did a comparison study of different filters concerning THM removal, which is also an indication of overall VOC (volatile organic chemical) removal, it became obvious that the ones that did very well had a lot of carbon, 1/2 gal per minute flow rate, and low total gallons specified = 99% removals.

Whole house carbon filters, due to the high flow rates and usages, cannot utilize the same quality activated carbon as undersink units. Larger carbon granules need to be used to allow enough flow as required. Just like comparing how fast granulated sugar and sugar cubes dissolve, finer particles have more surface area thus dissolve faster and as well, with GAC treat the water quicker/better. If they are designed of proper volume, usually a full cubic foot or better, they do remove the basics such as taste and odor, most chemicals, and also color if a high quality soft color removing activated carbon is used.

Due to the fact that the mineral content is low and are not toxic in this area (some parts of the country have arsenic, etc), more advanced type treatment such as reverse osmosis or distillation is not a necessity. However, if an overall purer drinking water is desired or if the existing minerals are not to your taste, reverse osmosis does an excellent job with no power required. They also remove bacteria and viruses (usually not a problem unless you have a home well for your water source) and fluoride which many people do not want in thier drinking water.

Home well water treatment for residential usages and drinking water is a whole other story with other issues to contend with.